Stream Shakespeare’s sitcom
from the comfort of your own home

Our 2019 production of The Merry Wives of Windsor was streamed on YouTube from Monday 1 June until Sunday 14 June 2020. The original performance took place at the Globe Theatre, London, in summer 2019.

The Merry Wives of Windsor is the only comedy that Shakespeare set in his native land. Drawing influences from British 1930s fashion, music and dance, the production will celebrate women, the power and beauty of nature, and with its witty mix of verbal and physical humour, it rejoices in a tradition that reaches right down to the contemporary English sitcom. The Windsor Locals appear courtesy of Soldiers’ Arts Academy, London Bubble and Clean Break.

Imagining that Mistress Ford and Mistress Page have each fallen for him, the fat knight Sir John Falstaff decides to seduce them both, as much for their husbands’ money as for their personal charms. Wise to the old rogue’s tricks, the women turn the tables on him with a series of humiliating assignations and a very damp, extremely smelly laundry basket.

THE MERRY WIVES OF WINDSOR RESOURCES

We recently temporarily closed our doors to the public until further notice. As a charity that receives no regular government subsidy, we desperately need your support, more than ever before.

Please donate any amount, small or large, so that we can continue to thrive in the future.

The Merry Wives of Windsor gallery (2019) 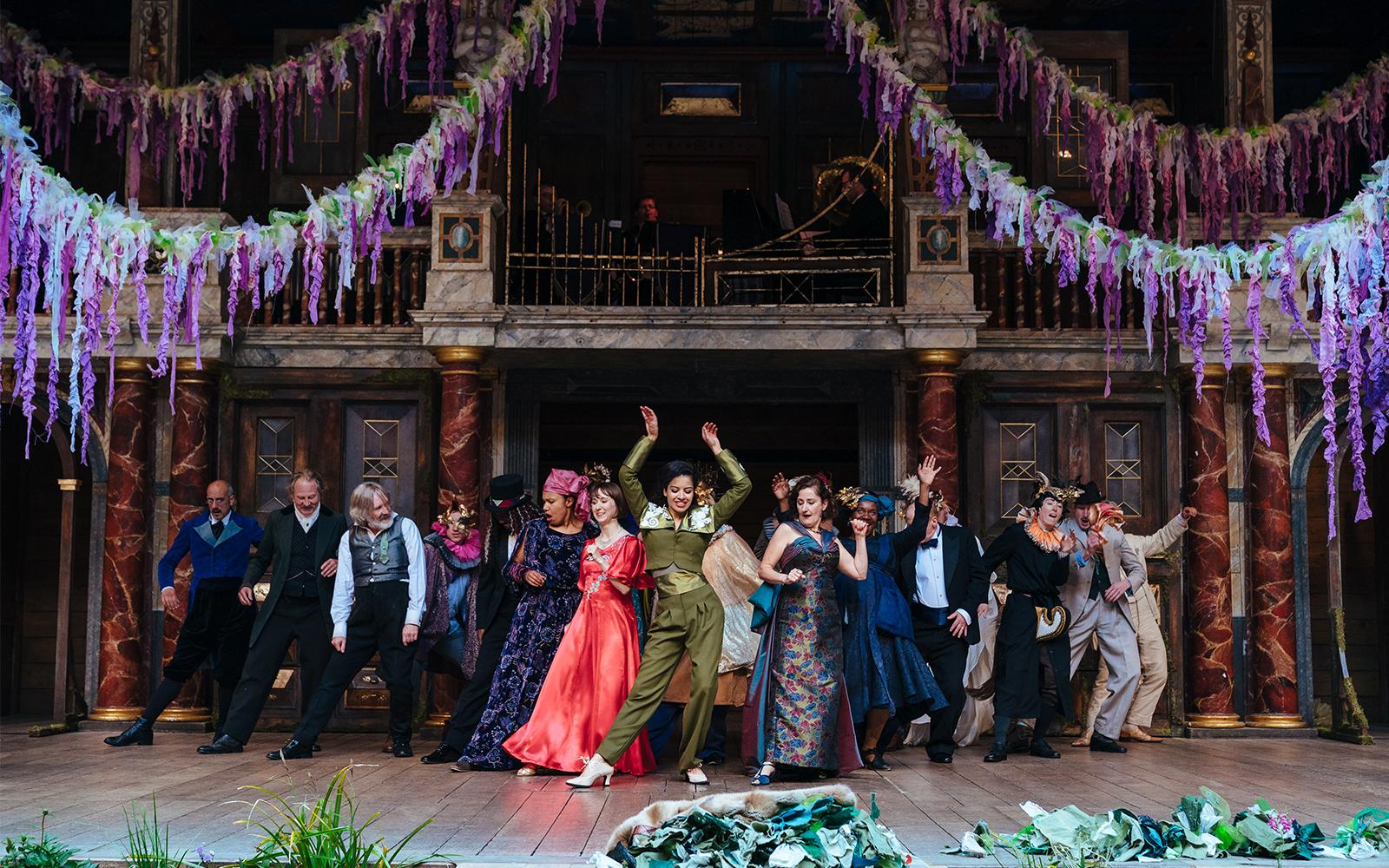 Once the YouTube Premieres of these titles, including Hamlet, come to an end, the productions will still be available to watch via Globe Player for a small fee.

We need your support more than ever before

Stream productions from the comfort of your home

After recently closing our doors, and as a charity that receives no regular government subsidy, we desperately need your support, more than ever before. Please donate any amount, small or large, so that we can continue to thrive in the future.