Our 2018 production of The Two Noble Kinsmen was streamed on YouTube Monday 4 May to Sunday 17 May 2020. Missed it? It’s still available to rent or buy on Globe Player all year round.

The original performance took place at the Globe Theatre, London, in summer 2018.

How long is forever? When the imprisoned Palamon and Arcite vow eternal friendship, they don’t expect that anything will come between them. But then from their cell window they see the beautiful Emilia, and their priorities take a sudden and violent turn. In this late romance, Fletcher and Shakespeare examine love in all its fluid and complex forms.

Barrie Rutter, recipient of the 2003 Sam Wanamaker Award, directs his first play since stepping down as Artistic Director of Northern Broadsides.

Inspired by the play’s Morris language and references, The Two Noble Kinsmen is set in pastoral ‘Merrie England’ and brought to life with original music composed by acclaimed folk musician Eliza Carthy, and dance choreographed by Ewan Wardrop.

Still available to rent or buy on Globe Player 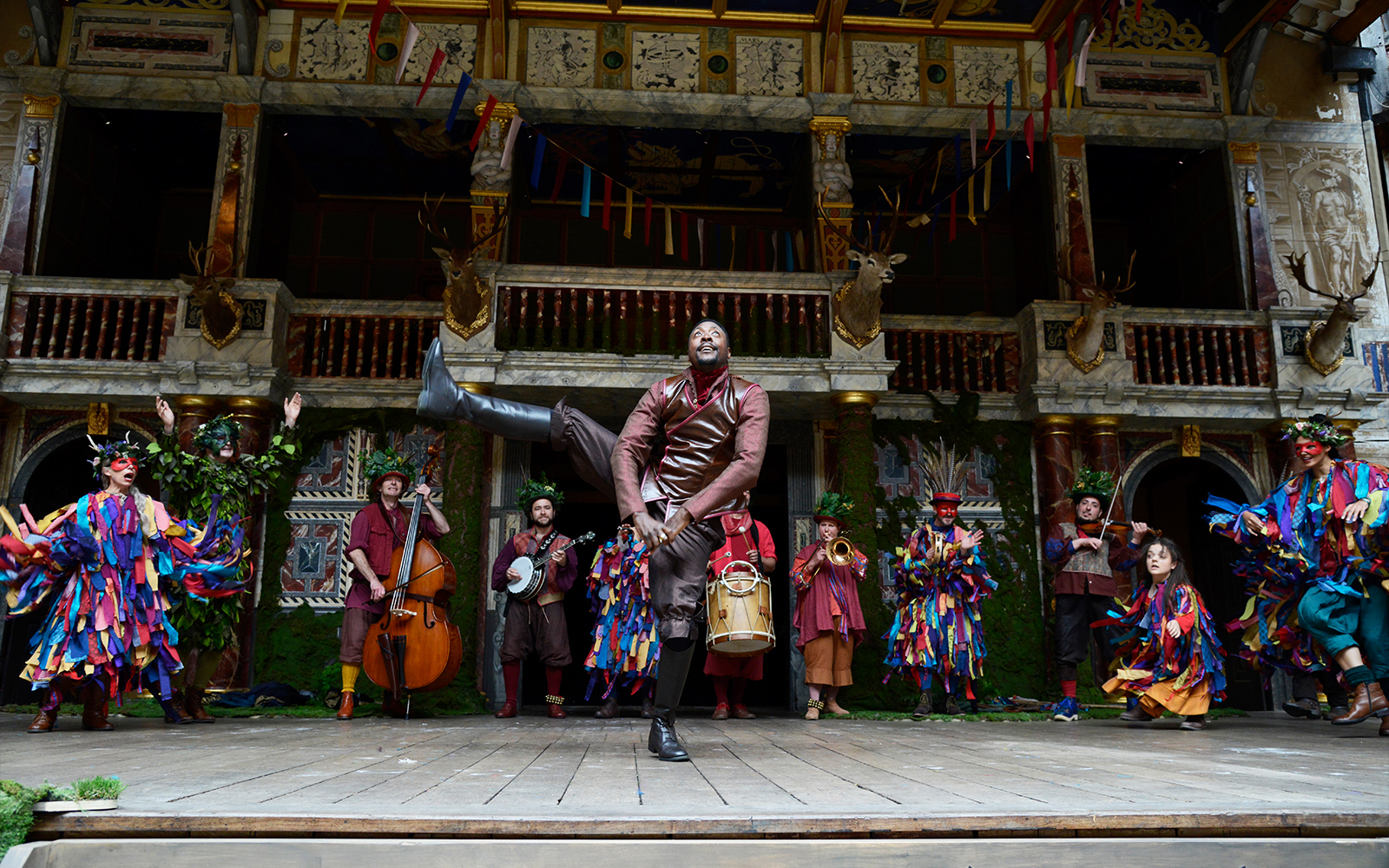 Once the YouTube Premieres of these titles, including The Two Noble Kinsmen, come to an end, the productions will still be available to watch via Globe Player for a small fee.