Our 2018 production of The Winter’s Tale was streamed on YouTube Monday 18 May until Sunday 31 May 2020. The original performance took place at the Globe Theatre, London, in summer 2018.

When Leontes, Sicilian king, becomes convinced his pregnant wife Hermione is conducting an affair with his closest friend Polixenes, King of Bohemia, he is so enraged he banishes her newborn child, while Hermione apparently dies of grief. Sixteen years later, the child, Perdita, having been raised in Bohemia by shepherds, is in love with Florizel, son of Polixenes, who forbids their marriage. The lovers travel to Leontes’ court seeking happiness, which they find – in ways nobody expected.

Blanche McIntyre directs a new version of Shakespeare’s great play of the irrational and inexplicable.

Set in a world of monsters, gods and natural disasters, travel from the stifling atmosphere of the Sicilian court, to the unbuttoned joy of a Bohemian festival. 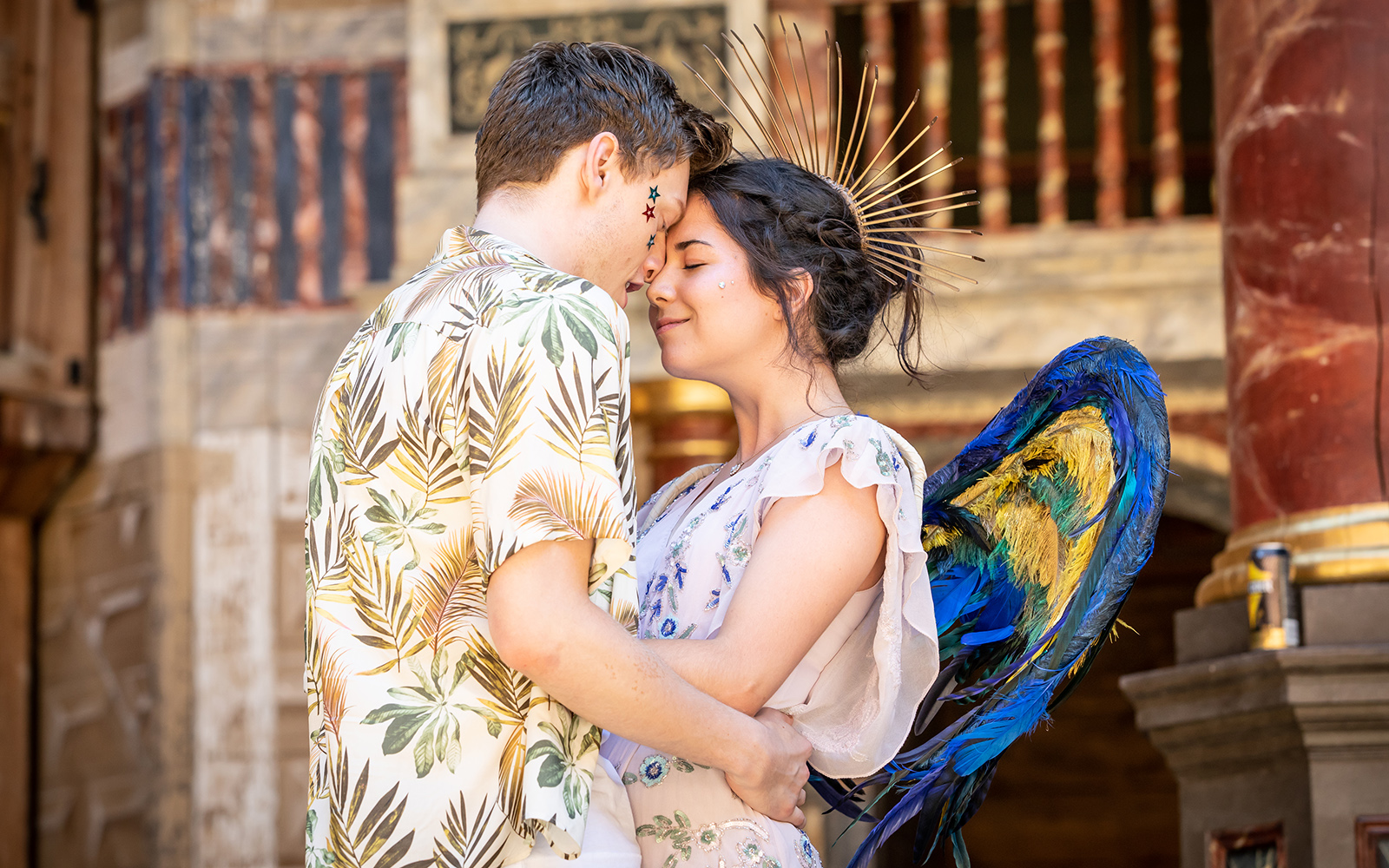 Exit, pursued by a bear

Beyond our grasp: Blanche McIntyre on The Winter's Tale

Once the YouTube Premieres of these titles, including Hamlet, come to an end, some of the productions will still be available to watch via Globe Player for a small fee.