The Touring Ensemble will be touring The Comedy of Errors, Pericles and Twelfth Night nationally and internationally over the summer.

They will also be performing these plays in the Globe Theatre at various points throughout the summer.

The Comedy of Errors

The spirit of fairy tale is never far from the surface of Pericles, the first of Shakespeare’s late romances. Imbued with music, miracles, and the constant presence of the sea, this little-seen work sees Pericles, Prince of Tyre, forced to flee his own kingdom and wander the world.

When a shipwreck tears a family apart, twins Sebastian and Viola seek refuge in a new land. Filled with unforgettable characters, Twelfth Night combines cruelty with high comedy and the pangs of unrequited love with subtle poetry, expressed through some of Shakespeare’s most exquisite songs. 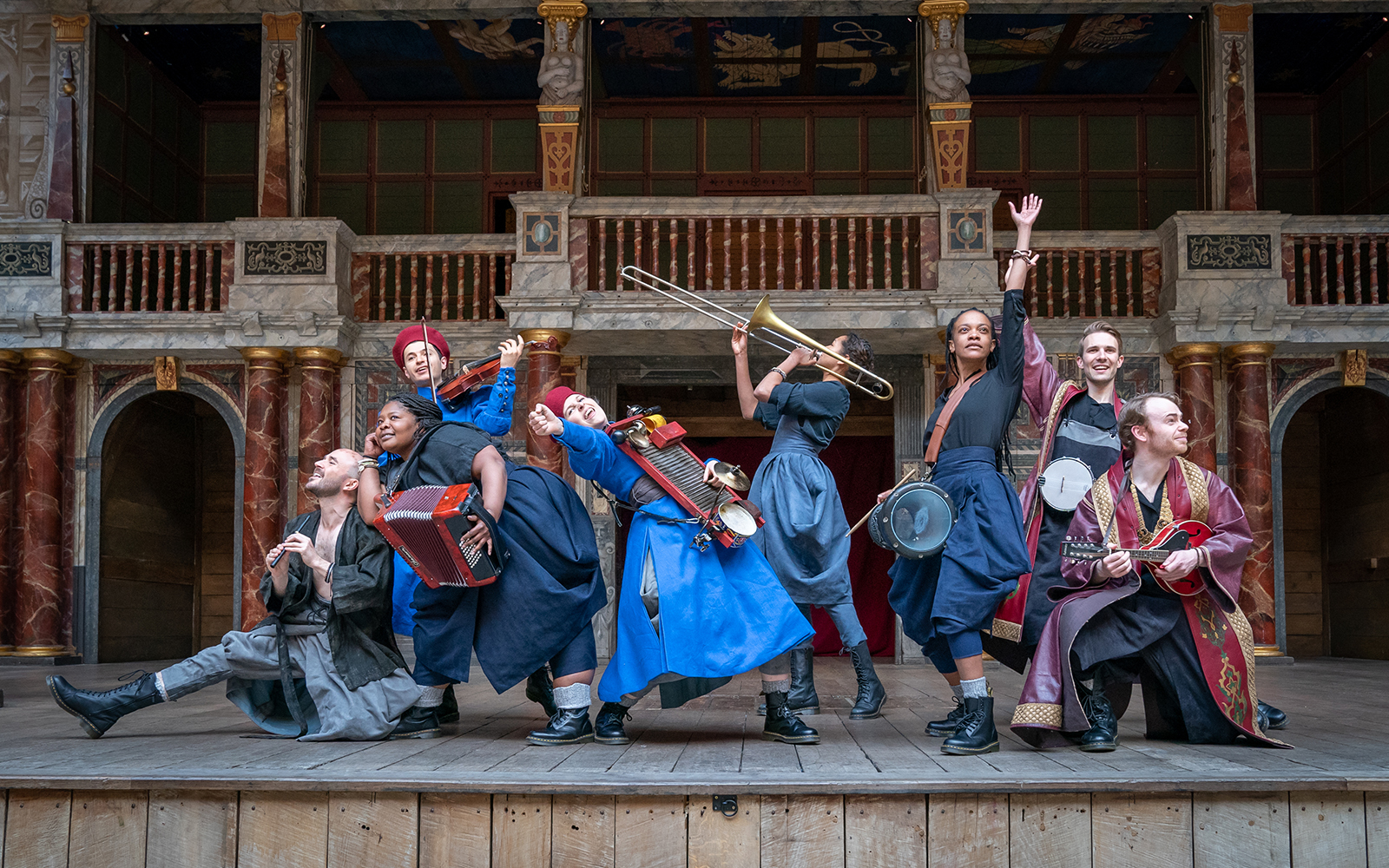 PRESENTED BY THE TOURING ENSEMBLE

19 - 26 January
Sam Wanamaker Playhouse
Join Shakespeare’s monstrously charismatic villain as he embarks on a bloody and ‘thrilling’ ★★★★ campaign for the crown. Richard’s ‘compelling and invigorating’ reign of terror is about to begin.
PLAYHOUSE SEASON 2019/20
CAP
Book Now Discover more

Open all year round
Our expert guides will take you on a fascinating tour of Shakespeare's iconic Globe Theatre.
GUIDED TOURS
Book Now Discover more

Notes to the Forgotten She-Wolves

29 January - 19 February
Sam Wanamaker Playhouse
This winter, we invite 20 writers to remember, rediscover and bring out into the light women and non-binary people who have been undervalued or misrepresented by time, people on whom history has imposed a story that doesn’t adequately reflect who they were and how they lived.
VOICES IN THE DARK
PLAYHOUSE SEASON 2019/20
Book Now Discover more