We have two performance spaces here at Shakespeare’s Globe – the Globe Theatre and theSam Wanamaker Playhouse. Now 25 years old, the Globe Theatre remains one of the most unique, remarkable and breathtaking theatrical spaces in London.

Use the page below to find out more about the Globe Theatre – explore fun facts, history, construction, photos and more.

Shakespeare called his theatre a ‘wooden O’ and like his historic playhouse our Globe Theatre is a 360° auditorium. With no roof over the central yard, the theatre is open-air and audiences who attend performances and tours are told to dress for the weather! Events will go ahead in rain, shine and snow.

Seats are arranged in galleries all around the wide, open stage, so spectators and performers can see each other at all times. The Globe Theatre is a space where the audience has always been a vital component of the performance.

The Globe Theatre officially opened in 1997, although workshops and performances had taken place on the stage since 1995.

It also isn’t our only performance venue. Shakespeare’s Globe is home to the candlelit Sam Wanamaker Playhouse and we perform plays and readings in other spaces on site. We also tour around the world!

Don’t get your ‘Globes’ mixed up! ‘Shakespeare’s Globe’ is our company name and how we refer to our entire site, ‘The Globe’ is how we talk about the original theatres from Shakespeare’s time, and the ‘Globe Theatre’ is the name of today’s reconstruction.

Did you know that we aren’t the only living ‘Globe’? There are many replicas and pop-up venues all across the world that seek to recreate Shakespeare’s original performance space.

Shape is an icosagon, a 20 sided polygon.

The twelve signs of the zodiac are painted on this roof over the stage (which we call ‘The Heavens’).

The only thatched-roof building in London.

We had to fight for special permission to have our thatched roof, as there has been a law against thatched buildings in London since the Great Fire of 1666!

The Globe Theatre you see today in London is the third Globe.

The first opened in 1599 and was built by the Lord Chamberlain’s Men, the company that William Shakespeare wrote for and part-owned.

We think that the first play Shakespeare wrote for the original Globe was Julius Caesar in spring 1599. Later that year he also wrote As You Like It and made a start on Hamlet. Over the next fourteen years Shakespeare wrote some of his greatest plays, including Twelfth Night, Othello, King Lear, Macbeth, and Antony and Cleopatra. Other playwrights wrote for the Globe during this time too, including Ben Jonson, Thomas Middleton and John Fletcher.

In 1613, during a performance of Shakespeare’s Henry VIII (co-written with Fletcher), a mis-fired prop canon caused the thatch roof to catch fire. The entire theatre burnt down within two hours, according to eyewitness reports (miraculously, no one was killed). The company rebuilt the Globe in a year – with a tiled roof. The second Globe operated until it was closed down by parliamentary decree in 1642.

In 1609 Shakespeare’s company started performing in the indoor Blackfriars playhouse as well as the Globe. It was here that Shakespeare conceived his final great plays, including The Tempest.

The current Globe Theatre opened in 1997, after many years of campaigning by the founder of the Shakespeare’s Globe Trust, Sam Wanamaker.

In 1949 our founder Sam Wanamaker visited London with a mission to find the site of the original Globe, and was surprised to find only a small plaque commemorating the site (which got some details wrong!).

In 1970 Sam set out to build a reconstruction of Shakespeare’s original Globe on Bankside. He founded the Shakespeare Globe Trust in 1971 with a mission to recreate the 1599 amphitheatre as accurately as he possibly could.

Despite many obstacles, Sam persevered with his ambition for two decades. Sadly, he did not live to see the theatre’s completion. He died in 1993, and in 1997 the Globe Theatre was opened by Her Majesty the Queen.

Find out more about the construction of the Globe Theatre. 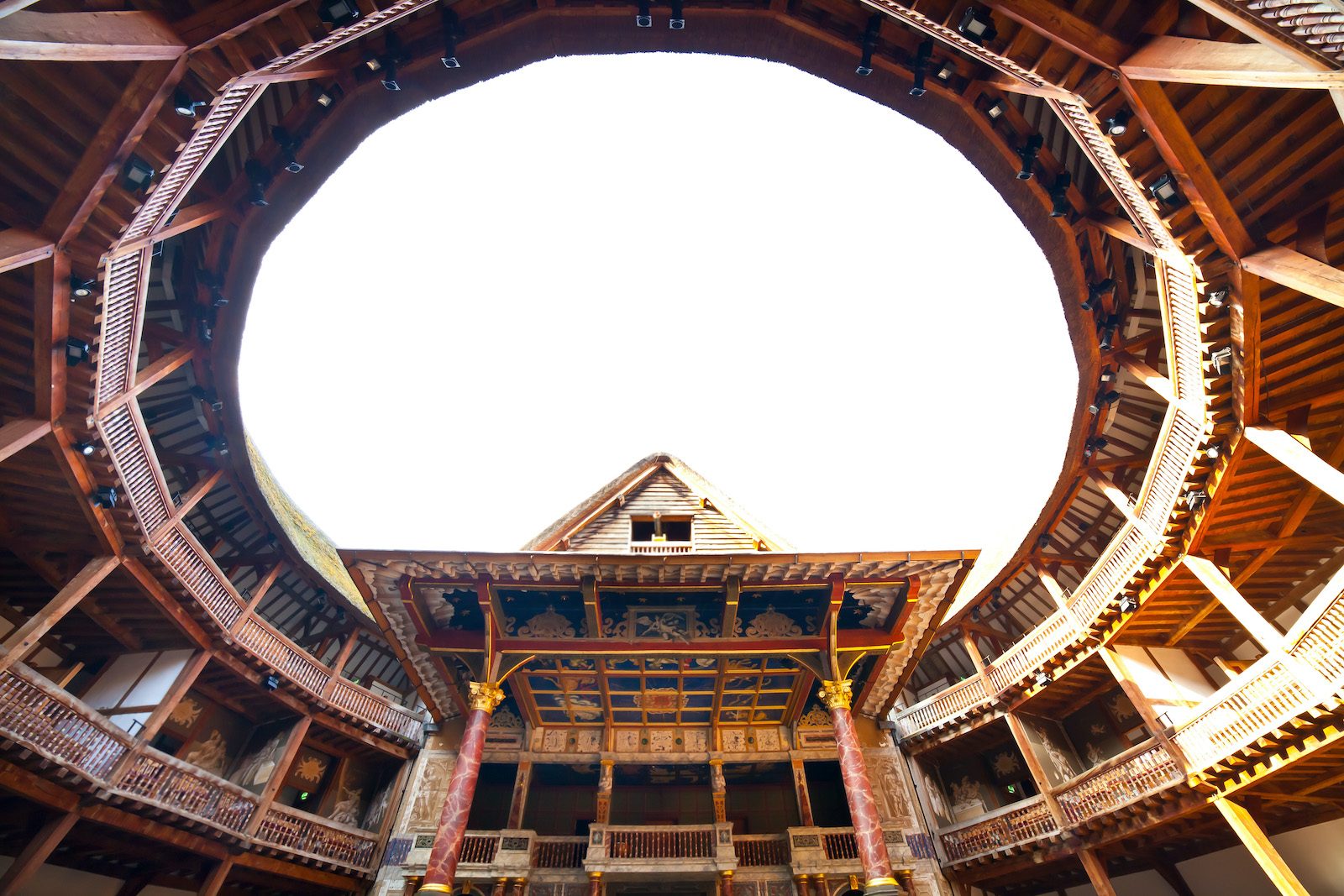 This wooden O: the history of our unique shape

The old and the new collide: the Globe's new visual identity

Find out more about Shakespeare’s Globe

Walk around the Globe Theatre

Everything you need to know about the Sam Wanamaker Playhouse