How did a company tour in Shakespeare’s day? We know that when the theatres closed, a small group of actors, juggling a variety of roles in three or four plays from their extensive repertoire, would leave London and head off on tour. Following in the tradition of their resident playwright, Shakespeare’s Globe head for the road and presents a trio of plays exploring the city and the places beyond the city walls and boundaries.

Venues to include: The Brewhouse, Hay Festival, The Reader at Calderstones, Littlebredy in Dorset, St James’ in Guernsey, Brighton Open Air Theatre, and Hever Castle in Kent. More venues to be announced. See table for full details.

The plays will be performed as a touring production would have been staged in the 17th century, with a stripped back set and a small, versatile troupe of actors. Taking on multiple roles across all three plays – A Midsummer Night’s Dream, As You Like It and The Tempest – the talented cast will unravel these tales of lovers, exiles, dreamers and wanderers.

Four brawling lovers, caught in a dispute of magical proportions; a crew of keen mechanicals, determined to give it their all; and one roguish sprite, hell-bent on causing as much havoc as possible… What could possibly go wrong? Exploding with dramatic poetry, mischief and merriment, A Midsummer Night’s Dream is Shakespeare’s amazingly inventive play, whose serious and dark undercurrent cuts starkly through the hilarity making its dreamlike surface deeply rich and all the more memorable.

A firm favourite among Shakespeare’s comedies, and including some of his best loved characters, As You Like It runs the glorious gamut of pastoral romance: cross-dressing and love-notes; poetry and brilliant conversation; gentle satire, slapstick and passion. A series of hilarious mistaken identities and mishaps in the Forest of Arden ultimately sees new friendships formed, and families and lovers reunited.

Inspired by reports of the first English colonies in the West Indies and imbued with a spirit of magic and the supernatural, The Tempest is Shakespeare’s late great masterpiece of forgiveness, generosity and enlightenment set on a remote and mysterious desert island, but with magic enchantments and treachery at every turn, will anyone ever make it off?

What is Audience Choice?

At some venues, and for certain performances, you’ll go to the theatre and not know which of our trio of shows you’ll be seeing. In the space of minutes you could be flung to fairyland, the forest of Arden, or a mystery island in the middle of the ocean. It’ll be up to you as audience members to collectively decide which world you’ll end up in. The rules are simple: the loudest cheer wins, and the action begins straight away. It’s an experiment, it’s experiential, it’s Shakespearean, it’s shared and it’s at the heart of what Shakespeare’s Globe does.

More dates and venues to be announced soon. 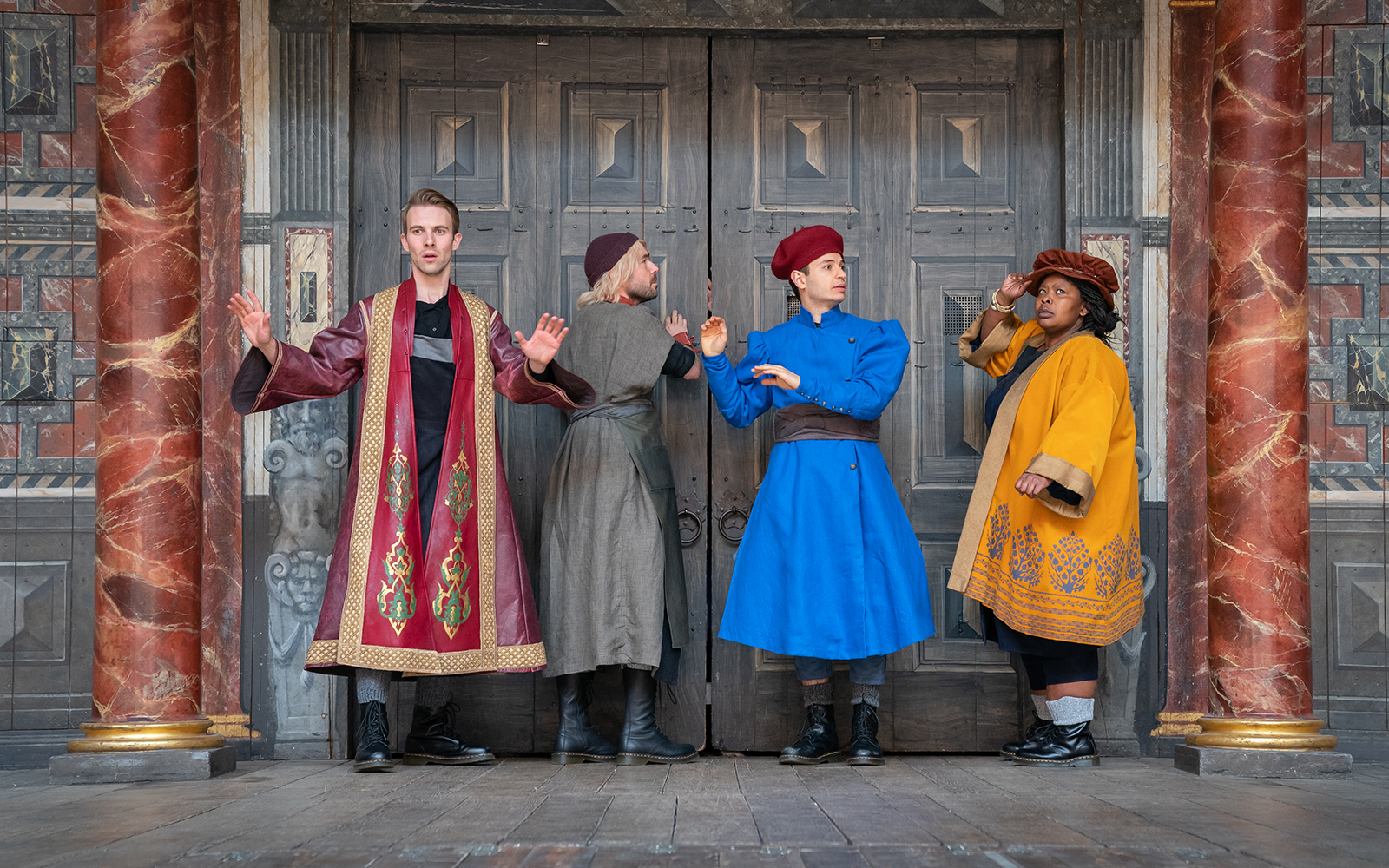 GLOBE ON TOUR AT THE GLOBE

Throughout the summer, the Touring Ensemble will be returning home to perform the touring shows at the Globe

Globe On Tour: The Tempest

1 May - 8 October
Globe Theatre
Imbued with a spirit of magic and the supernatural, The Tempest is set on a remote and mysterious desert island with enchantments and treachery at every turn.
SUMMER 2020 AT THE GLOBE
GLOBE ON TOUR
AD CAP
Book Now Discover more

9 May
Globe Theatre
Be part of something exhilarating! Use your voice, stamp your feet or clap your hands to decide on the night what you will see. Pick between A Midsummer Night's Dream, As You Like It, The Tempest.
SUMMER 2020 AT THE GLOBE
GLOBE ON TOUR
Book Now Discover more