Neil Constable to step down as CEO of Shakespeare’s Globe

We recognise the transformative work of Neil Constable, who, after leading Shakespeare’s Globe for 14 years, is stepping down as Chief Executive and Trustee

Following almost 14 years leading Shakespeare’s Globe, Chief Executive and Trustee Neil Constable will be stepping down from the role by the end of 2023. Over the course of Neil’s leadership, he has headed the team that has transformed the Globe into the world-class destination we are known for today.

Neil has over 40-years’ experience working extensively in the theatre and arts industry, including the Royal Shakespeare Company and Almeida Theatre. Since his appointment as Chief Executive in June 2010, he has worked dynamically with four Chairs of the Board, over 40 Trustees, and Artistic Directors Dominic Dromgoole, Emma Rice and Michelle Terry, spanning across half of our 25 year history since opening in 1997.

Over those years, the financial income of our organisation has doubled, and our impact has reached across the world with several international tours including the Globe to Globe tour of 197 countries with Hamlet, the 2012 Cultural Olympiad was celebrated with our Globe to Globe Festival of Shakespeare’s 37 plays performed in 37 languages, a number of celebrated West End and Broadway transfers, and the development of significant education programmes in China.

Our wooden ‘O’ has been the venue for wide-ranging important events, including an official visit from President Barack Obama, the signing in of the London Mayor, and the launch of the Government’s Cultural Recovery Fund in the midst of 2020. Neil joined the Globe in 2010, completing the building of the Education and Rehearsal Centre, becoming Project Champion for the development and fundraising for the candlelit Sam Wanamaker Playhouse (opened in 2014), and has set in place the long-term plans for the completion of the Bankside site as imagined by Sam Wanamaker 40 years ago.

‘It has been the greatest honour to serve the Globe for half its lifespan. This organisation is a truly unique place – beloved internationally, creatively ambitious, dynamic and a worthy custodian of Shakespeare for future generations to come. It is now the right moment for me to give the next generation of cultural leaders the opportunity of enjoying the adventure of this remarkable institution.

The Globe is particularly special, unique in its cultural and educational offer, and iconic on the London landscape. In 2022, we celebrated our quarter century anniversary, and I will be thrilled to continue celebrating the Globe as it confidently goes from strength to strength for the next 25 years to come. Shakespeare has loomed large in my life, with 16 years at the RSC, and nearly 14 at the Globe, I have been shaped by his fantastic works, celebrated this year in the 400th anniversary of The First Folio – one of the great wonders of the literary world. Shakespeare’s ongoing importance and relevance is clear – his works offer endless opportunities for discovery and exploration. I will continue to enjoy how the Globe celebrates the power of storytelling year by year, as the hundreds of thousands of visitors coming through our door connect across the centuries as Shakespeare “holds a mirror up to nature” for inspiration and joy.’ 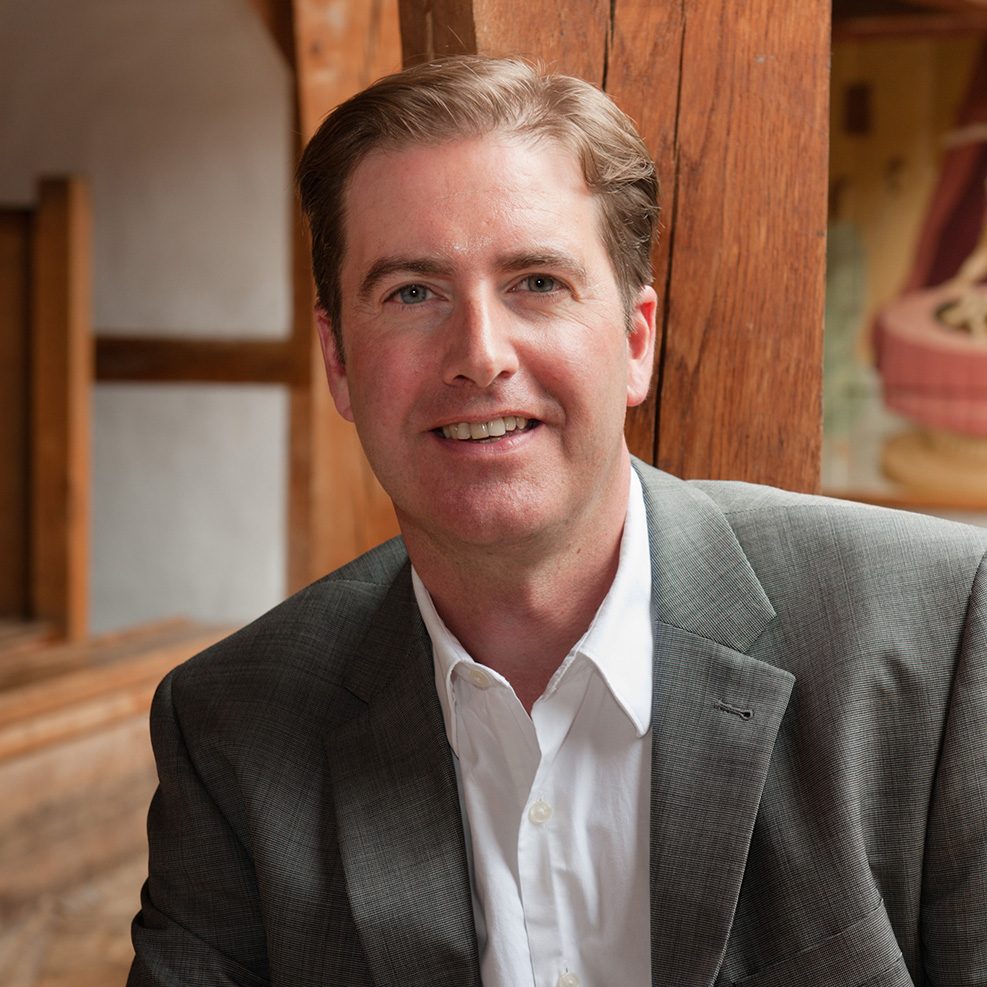 Here at Shakespeare’s Globe, we continue to create work that makes Shakespeare accessible to all. In the last year, we have welcomed over 550,000 visitors, with 310,00 theatregoers into our two unique spaces, the Globe Theatre and Sam Wanamaker Playhouse. Over 2022, we opened 12 new productions, ran Guided Tours on 320 days across the year, and welcomed 23,000 school children to watch our Playing Shakespeare with Deutsche Bank production of Macbeth for free. Our incredible Education department ran 1,300 workshops for students, and we launched the Shakespeare Centre London in partnership with King’s College, London and co-curated a packed-out Shakespeare and Race Festival.

For audiences unable to visit our Bankside home, we relaunched our video-on-demand service, Globe Player, our annual Playing Shakespeare with Deutsche Bank production was streamed by 634 schools for free, and 23,529 people watched our Anti-Racist Shakespeare webinar series.

Many fantastic projects find a home at the Globe including a live performance and recording of CBeebies version of Shakespeare’s As You Like It, the 50th anniversary of Alternative Miss World, a Julius Caesar project supporting those in the prison system, and work with Compass Collective on a 6-month programme with young refugees. We opened our doors 24 hours a day to those on a pilgrimage to pay respects to the Late HM Queen Elizabeth II, with over 30,000 people using our facilities. At the start of the year, we welcomed in 2022 with the nation as part of BBC One’s New Year’s Eve official countdown.

Last year marked the 25th anniversary of the Royal opening of the Globe Theatre, on 12 June 1997, and we look forward to all that the next 25 years may hold.

‘Neil’s contribution to the Globe has been immense over the past 14 years, and on behalf of all of us, I would like to thank him for his years of dedicated leadership and vision. London’s creative economy is returning, and the Globe is ready for the challenge of adapting to the new landscape ahead of us. I have very much enjoyed my time working closely with Neil, ensuring our beloved wooden ‘O’ remains a triumph to celebrate for years to come. The Globe is one of the UK’s most successful independent cultural organisations, with two iconic theatres, and that is a wonderful testament to Neil’s work in driving forward its incredible ambitions over the years. I am particularly grateful to him for holding the wheel during the historic pandemic disruption. For all of us in leadership positions at that time, there was no rule book and no clear route to survival, yet with a steady hand Neil ensured the Globe emerged back into life with great success. The next 25 years of the Globe’s life have undoubtedly been built upon firm foundations’

‘Neil has been a passionate and dedicated CEO and has led the Globe through the toughest and most extraordinary of times. With any creative organisation, there are risks everywhere, but the seemingly endless twists and turns of successive lockdowns and near-closure presented some of our greatest challenges yet. Neil proudly and resolutely continued to support our biggest and most outlandish creative ambitions, offered experience, trust and understanding when things did not always go to plan, and loudly celebrated our successes. The creativity of a CEO is not often celebrated, or recognised, but I am delighted to celebrate and recognise Neil as loudly as he has always celebrated and recognised the life and times of the Globe throughout his vital and transformative tenure’

‘The Globe, since its rebirth, has become one of the leading theatres in the world. This is down to its artistic leadership but also due to the skill of its management. Neil Constable is a major player in the theatre sector and his inspirational leadership of the Globe since 2010 has been essential to enable its ambitious expansion across two stages, the digital sphere, in touring and in education. The Globe is an exemplary cultural institution, operating without public subsidy. Thank you, Neil Constable’

‘When my father Sam Wanamaker imagined Shakespeare’s Globe, he dreamed of a place where people can engage with Shakespeare across the world. Neil has brilliantly led the organisation for over a decade, pushing this dream further into reality. A champion for the Globe in so many ways, I am so thankful to him for his tenacity and dedication, most particularly in bringing to life a new and beloved candlelit theatre in the beating heart of London’

— Zoë Wanamaker CBE, Honorary President of the Board of Trustees