Four brawling lovers, caught in a dispute of increasingly magical proportions; a crew of keen mechanicals, determined to give it their all; and one roguish sprite, hell-bent on causing as much havoc as possible… What could possibly go wrong?

Exploding with dramatic poetry, mischief and merriment, this new technicolour production of Shakespeare’s raucous comedy comes to vivid life in our ultra-live and magical wooden O.

The production will feature original music by Jim Fortune, performed by members of the Hackney Colliery Band.

I have had a most rare vision. I had a dream, past the wit of man to say what dream it was.

‘Colourful and inventive production makes for a summer treat’

‘Celebrating the foolishness and creativity of storytelling’

‘The lovers… are a pleasure to watch, their humour easy and passion intense’

MEET THE CAST IN REHEARSALS 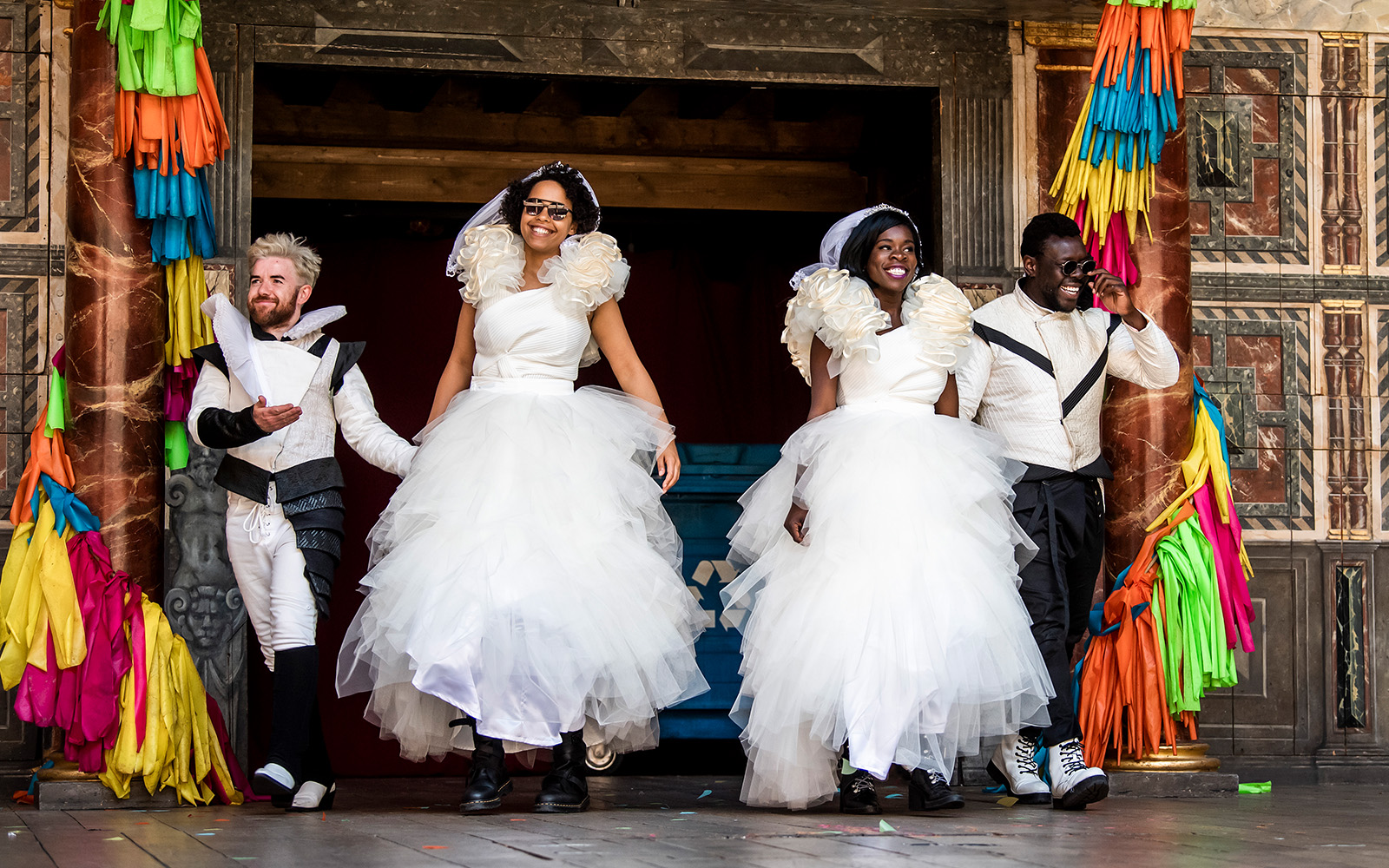 27 January - 17 February
At Home
These two hour sessions for teachers held online will be packed with inspiring ways to teach Macbeth in a fun and supportive environment. Part of our Playing Shakespeare with Deutsche Bank project.
Winter 2021/22
Book Now Discover more