Hotspur is preparing to lead an army against the King – incensed at the King’s dismissal of the Percy family’s demands.

But Hal is occupied in the pubs and streets of Eastcheap with his companion Sir John Falstaff, uninterested in his inheritance and in the fate of his country.

In a polarised England, each person must choose which truth to believe, and which cause to call their own.

Doomsday is near:
die all, die merrily

Part of the History Plays

‘Joyous, revealing and meaningful, celebrating the versatility of theatre.’

‘Seizes the stage: rich and reverberant’

‘The entire ensemble are a joy to watch.’

‘a dazzling Hotspur […] with a galvanising, arrogant impatience that’s funny too’

‘Terry is terrific, fizzing with fury’ 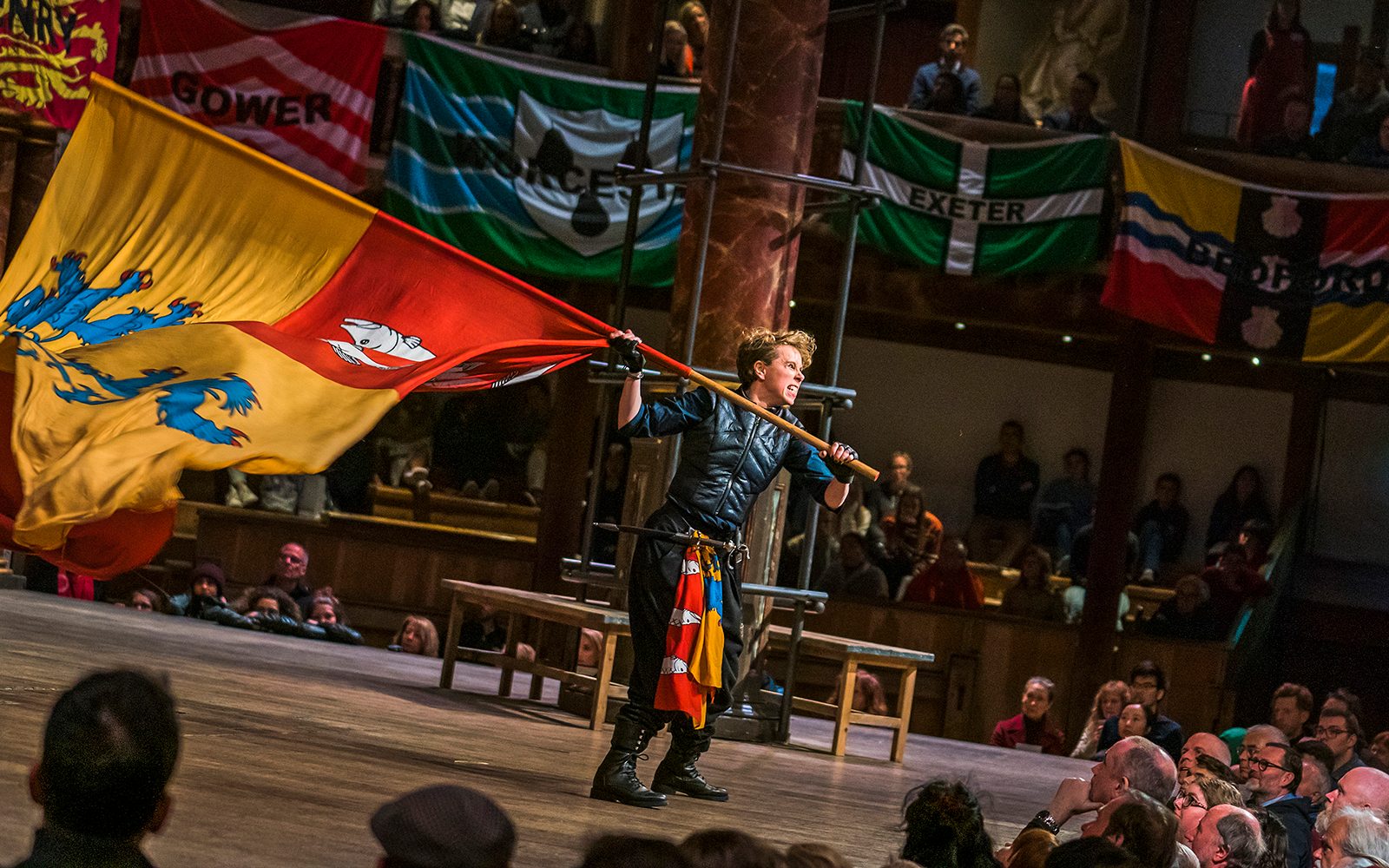 Sophie Russell is unwell and unable to perform today. Philip Cumbus will play her roles of Vernon, Gadshill & Owen Glendower.

8 February - 29 October
Bankside
Explore the streets around the Globe with expert Guides and discover the intriguing criminal history of the Bankside area and its people, including Shakespeare himself.
Guided Tours
SELECT DATE Discover more

9 February - 29 October
Be transported back to a time of late-night cakes and ales, midnight revels and demons, and the revered ‘Kingdom of Night’ on our Twilight Walking Tour around the Bankside area and beyond.
Guided Tours
SELECT DATE Discover more

Book tickets in one transaction for all three plays on a Trilogy day and save 15% on the total cost. See dates below.