Get ready for a ‘laugh-a-minute riot of a beach party’ (The Reviews Hub) as Shakespeare’s tale of reckoning and redemption, The Tempest, is ‘brilliantly reimagined’ (Evening Standard) in this ★★★★ ‘super-fun’ (Time Out) production.

For powerful Prospero’s opening act of revenge, he raises a ferocious storm to shipwreck a crew of men – including his usurping brother – onto the remote island he now rules.

His unwitting cast is now in position and, with reluctant support from the island’s colonised inhabitants, Prospero’s designs of magical and emotional manipulation unfurl with life-changing force.

‘O brave new world,
That has such people in’t!’

‘Unpretentious, hilarious, and full of heart’

‘A laugh-a-minute riot of a beach party’

‘Spine-tingling… the connection between audience and cast was electric’ 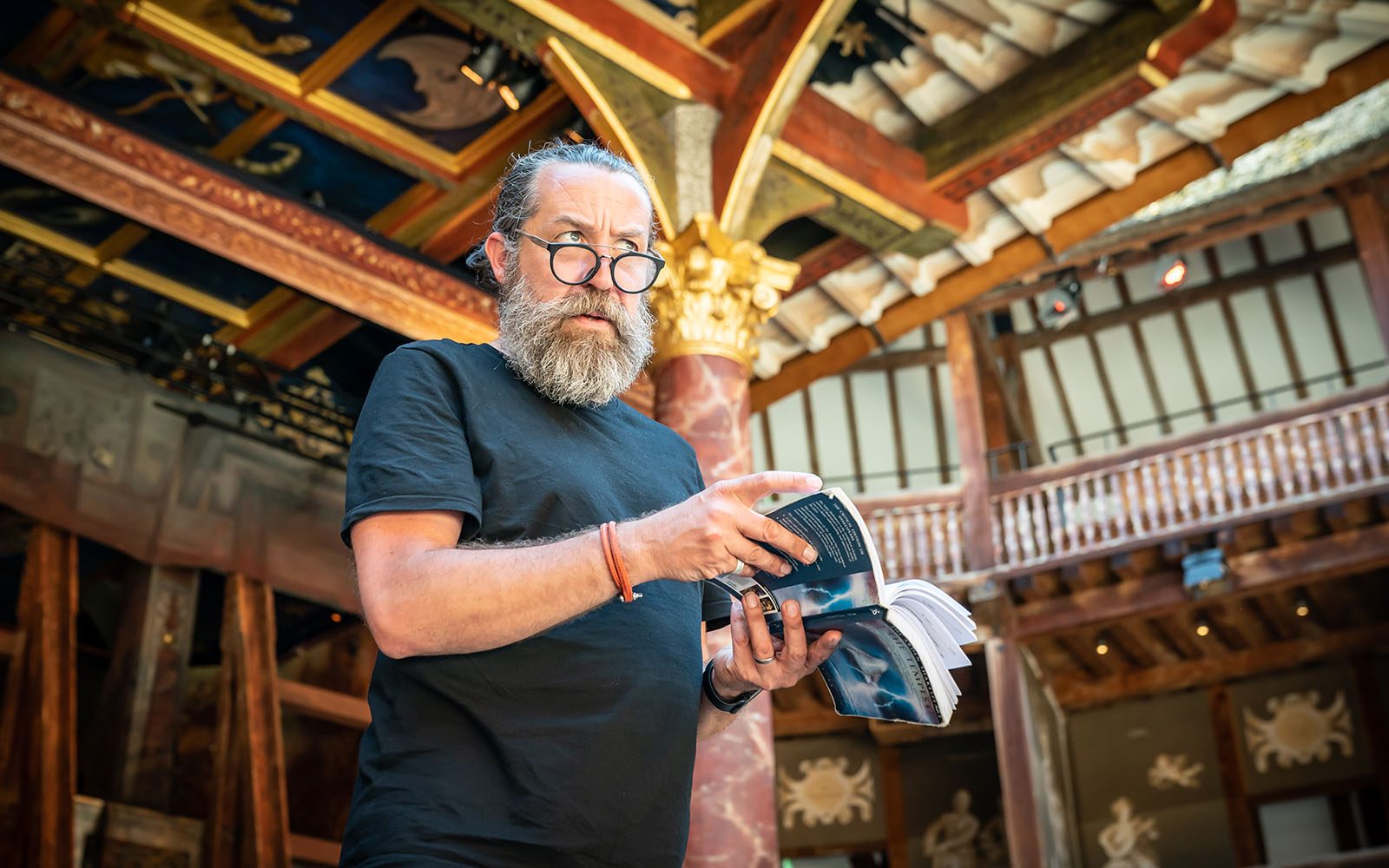 Our revels now are ended | Ferdy Roberts as Prospero

The Globe Ensemble is inspired by the historic practices of Shakespeare’s company.